Wednesday was the first bona-fide POTUS-hopeful debate. Did you watch? I think the watery-eyed Jim Lehrer, veteran though he is, could have been a better enforcer of time limits. It doesn’t seem fair if one candidate gets to spin off into rhetoric for twenty minutes while another, on his laurels, pipes up for five. If you also receive those Rock the Vote e-mails on the daily – or were listening to the debates – maybe you took note of how many points Romney made that were really so much reiteration instead of defense. I paraphrase: “my plan will not augment the deficit, but I will cut taxes!” But how, Mitt? But how? “I will cut taxes. Taxes I will cut.” Obama’s nice placed zinger about Romney’s plan’s mathematical impracticality (“It’s just math. It’s simple arithmetic”) was my favorite moment, doleful Lehrer gaze notwithstanding.

People are talking about who ‘won,’ as they do, like a debate is a winnable thing, like Lehrer was wearing a ref uniform and blowing a whistle. For my money-or-lack-thereof, I think Obama’s healthcare defense made him the victor. Other people have said that Romney won, on the basis of passion – NPR reported in a post-mortem that it seemed like the Republican hopeful truly wanted the job more than our incumbent. Content-wise, I was frustrated with both of the candidates for circuitous non-points, a failure to even acknowledge time constraints and a lack of specifics when it came to implementation. I’m not yet satisfied with Romney’s plans for the economy, and his refusal to even acknowledge that many budget analysts’ quibbles with his plan might hold water. And I know it’s only twenty five minutes to explain and defend your particular policy ideas, gentlemen, but too large a hunk of that time seemed to go to “Miranda, the young co-ed I met in Alaska, who told me that she and her racing wolves were feeling the pinch of the housing collapse…”

Hard to tell, hard to tell…what’s ended up staying with me post-debate, for all the debriefing in liberal media, is the demeanor of these two men at two podiums who claim to care so deeply about my country that they want to run it. So the first televised debates in this country were Kennedy-Nixon in 1960. That’s JFK and Not-a-Crook. People who heard these debates on the radio said that Nixon won. People who watched TV – and subsequently saw a well-groomed, foxy young Kennedy – called the nation’s cutest candidate victor. While since this infamous election (note that Nixon refused to spar on TV in both 68 and 72) the jury’s still out on just how large an impact televised debates seem to have on winning new votes. A lot of sources say that debates tend to solidify bases rather than sway the undecided. Mitt Romney is scarcely a GQ poster-boy and Obama’s got boatloads more flair than Nixon (who doesn’t?) but how a politician is composed on television is something that we ought not underestimate. Your bedside manner matters. Your eager-beaverness matters. Who would you rather play quarters with in a bar, even today – Al Gore or W.? What about John Kerry? What about the too-near-miss that was Sarah Palin? And we all know about the well-publicized injustice of the two women would-bes in 2008, made to seem the cheeky MILF and ballbuster, respectively (I’m sorry to both of you ladies).

Shame on our nation for letting it come to this, we slaves to the retouched image. I’m being reductive, obviously, but this revolution has been televised. By the counts that count Romney may very well have left a bigger footprint on TV Wednesday because of things like “gumption” and an “honest john smile,” which honestly did make him seem more invested in the job. Those almost-urgent petitions, his grabbing for the last words, such things we might recall in the voting booth. Even if the things he just had to argue an extra ten minutes for weren’t quite sound, economic-theory-wise, he gets points and points and points for not being the weary one. Even if Obama had a tough day, between running the free world and celebrating an anniversary.

I’ve been watching a lot of old movies lately – Turner Classics, mostly. Did you know Rita Hayworth underwent electrolysis to change her hairline, as part of that big not-so-secret erasure of all her Latina heritage? Maybe you also picked up on that scathing bit in the HuffPo last week about Romney’s appearing in dubious spray-tan before a crowd of Latino voters. (Can you imagine the campaign AD who was hopefully fired for that gaff? “I think this will really humanize you, sir – hold still!”) To be a celebrity here is to dance always with the Public Eye. Not our ears, no more fireside chats, not our noses or arms or anything, our eyes. Just something to notice. Should we shut them sometimes? I think about Kate Middleton and hubbie William, leaders that are mainly figureheads and indebted to seeming charismatic. The Presidents are on our coin and dollar bills, their comportment sometimes seems like half the job. It’s all the flack Obama’s had in the past four years, in a way – people decry that he’s inaccessible, enigmatic, too intellectual, withdrawn. How important is it, really, that we like the guy in the Oval Office? That we believe the things he says, gobbledegook though they may be? 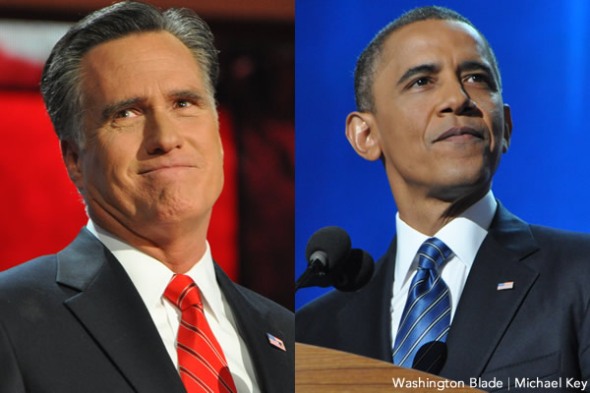 Four twentysomething writerly women felt a little restless, so they came together to make something. This something is that something. All content, unless otherwise attributed, belongs to The Adelpheans. © 2012